It’s a counter-part to his previous book, 12 Rules For Life, where Peterson talks about creating order where in this book, Peterson explains the rules that bring the best out of chaos in your life. 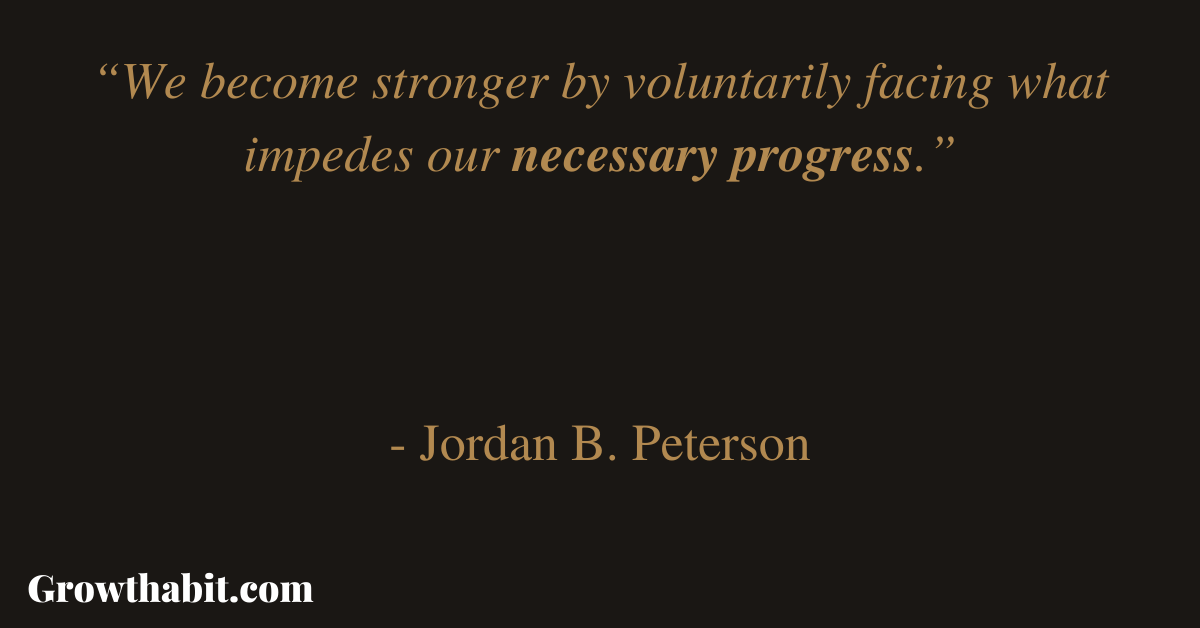 Peterson explains that there are order and chaos in life— two forces that are in constant motion and collision, like yin and yang symbols. Your life needs to have both elements to be meaningful. Too much order and the water gets stale with no progress. Too much chaos and there’s no stability or structure on top of which to add progress and innovation.

Beyond Order has 12 rules as well and they are the following:

This Rule describes the relationship between stability (order) and innovation (chaos) and how social institutions, countries, governments, and systems need to have both to function properly throughout the years to come.

This Rule analyzes the ancient images and stories (Enuma Elish, Marduk & Tiamat) to illuminate how the human personality came into existence.

This Rule explains the importance of facing negative information and emotions such as grief, pain, anxiety, and fear in life.

This Rule explains that we shouldn’t align our lives toward happiness, but toward meaning and purpose. And that is found in the voluntary adoption of mature responsibility for yourself and others.

This Rule provides an example of why it’s bad to back off from your beliefs by inches daily. Over time, those inches become miles and soon enough, you’re left with doing the things that you hate and despise. Stand up for yourself and do not do what you hate.

This Rule explains why cookie cutter and “one-solution takes care of everything” approaches don’t work. The world is a complex place and most ideologies are partial, since they don’t take into account all of the world’s complexities.

This Rule explains the importance of disciplined striving toward a single direction in life. It’s not about achieving goals, but about what that striving and discipline makes out of our character.

This Rule explains the necessity of art (not decoration) in a person’s life. Once you have one room as beautiful as possible, you can create that connection with the aesthetic experience of the true and good of the human experience.

This Rule emphasizes the importance of reframing the old, painful, and unpleasant memories into experiences that don’t hold the power over you.

This rule explains that there are three social modes of being: tyranny, slavery, and negotiation. And if you want to have a functional, healthy, and long-lasting romantic relationship, you will need to learn how to negotiate with your significant other.

This rule shows how easy it can be to become resentful, deceitful, or arrogant and what you can do to prevent it from happening to you. You can prevent resentfulness by learning how to walk the thin line between the chaos that creates character and the chaos that causes destruction. You can prevent deceitfulness and arrogance by avoiding the two sins: the sin of commission and the sin of commission.

This Rule provides the path of upholding admirable moral courage in spite of life’s inevitable tragedies.

He was the best personal and practical exemplar of something I had come to realize over my more than twenty years of psychological practice: people depend on constant communication with others to keep their minds organized.

We need to talk—both to remember and to forget.

Piaget suspected, for example, that games undertaken voluntarily will outcompete games imposed and played under threat of force, given that some of the energy that could be expended on the game itself, whatever its nature, has to be wasted on enforcement.

No one unwilling to be a foolish beginner can learn.

To adopt authority is to learn that power requires concern and competence— and that it comes at a genuine cost.

The ancient Greek philosopher Socrates believed that all learning was a form of remembering. Socrates posited that the soul, immortal in its essence, knew everything before it was born anew as an infant. However, at the point of birth all previous knowledge was forgotten and had to be recalled through the experiences of life.

The relationship between this brilliant dramatic representation and how we use, or misuse, the gifts of our culture is obvious: the careless demolition of tradition is the invitation to the (re)emergence of chaos. When ignorance destroys culture, monsters will emerge.

That knowledge brings with it an arguably justified pessimism about human nature, personal and otherwise, but it also opens the door to another kind of faith in humanity: one based on courage, rather than naivete. I will trust you —I will extend my hand to you—despite the risk of betrayal, because it is possible, through trust, to bring out the best in you, and perhaps in me.

There is a potential within you (some of that magic so evident in childhood) that will emerge when circumstances demand and transform you—God willing—into someone who can prevail.

We become stronger by voluntarily facing what impedes our necessary progress.

There is the simple pleasure (more accurately, the satisfaction) that comes from having a good meal when hungry, and there is the more complex but similar satisfaction that is associated with accomplishing something difficult and worthwhile.

…because what I say and write provides them with the words they need to express things they already know, but are unable to articulate.

The moral of the story? Beware of intellectuals who make a monotheism out of their theories of motivation. Beware, in more technical terms, of blanket univariate (single variable) causes for diverse, complex problems.

The Monty Python comedy crew once offered satirical lessons for playing the flute: blow over one end and move your fingers up and down on the holes. True. But useless.

I was narrow, sharp, and focused, and did not waste time, but the price I paid for that was the blindness demanded by efficiency, accomplishment, and order. I was no longer seeing the world. I was seeing only the little I needed to navigate it with maximum speed and lowest cost.

That edge, where artists are always transforming chaos into order, can be a very rough and dangerous place. Living there, an artist constantly risks falling fully into the chaos, instead of transforming it. But artists have always lived there, on the border of human understanding.

Artists teach people to see. It is very hard to perceive the world, and we are so fortunate to have geniuses to teach us how to do it, to reconnect us with what we have lost, and to enlighten us to the world.

If we were the source of our own values and masters of our own houses, then we could act or fail to act as we choose and not suffer the pangs of regret, sorrow, and shame. But I have never met anyone who could manage that.

Instead, it is that both should be oriented toward the most positive future possible, and agree that speaking the truth is the best pathway forward.

You are not going to get along with your partner—not easily, unless you agree to be tyrannized and silent (and even then you will take your revenge)—because you are different people. No one just simply gets along, precisely because of that.

Romance is play, and play does not take place easily when problems of any sort arise. Play requires peace, and peace requires negotiation. And you are lucky even then if you get to play.

Instead of being encouraged, they have been sheltered. And if you shelter young people, you destroy them.

Excess sentimentality is an illness, a developmental failure, and a curse to children and others who need our care (but not too much of it).

It is no easy task, however, to determine when something needs to be preserved or when it needs to be transformed. That is why we have politics, if we are fortunate, and the dialogue that accompanies it, instead of war, tyranny, or submission.

And those who avoid their destiny by standing back when asked to step forward also deprive everyone else of the advantages that may have come their way had the person who took the easy way instead determined to be all they could be.

I do not believe you can be appropriately grateful or thankful for what good you have and for what evil has not befallen you until you have some profound and even terrifying sense of the weight of existence.

Grief must be a reflection of love. It is perhaps the ultimate proof of love. Grief is an uncontrollable manifestation of your belief that the lost person’s existence, limited and flawed as it might have been, was worthwhile, despite the limitations and flaws even of life itself. Otherwise, why would you feel the loss?

It is a rare person whose life has gone so catastrophically wrong that their death brings no sorrow.

It’s more complex (which by itself isn’t a bad thing), but the verbiage is different. The book is harder to understand not because of the ideas, but because of the wording Peterson used. Also, the flow of chapters sometimes doesn’t follow a straight line so it’s hard to track the story you’re reading with the intent and the idea behind the chapter.

Overall, the book is quite good, but not as good as its predecessor, 12 Rules For Life.

The ideas expressed in the book are great by themselves. I already implemented a couple of them by reading about the ideas from other books. Here are just a couple of examples:

There are 12 rules so I will write one small actionable for each rule. Some rules will speak more, some less. Take the ones that will help you the most:

Get Beyond Order: 12 More Rules for Life on Amazon